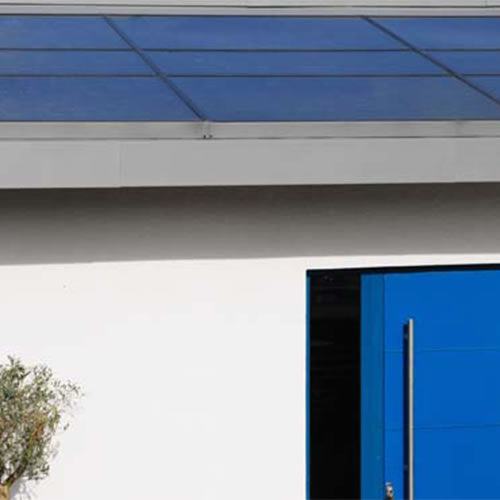 Six years on from the introduction of the Feed-In-Tariff (FIT) in 2010, which was designed to stimulate the uptake of renewables via a cash revenue stream, we now find ourselves in a very different environment.

In the eyes of the Government solar has been too successful, with over 800,000 residential systems installed over six years, and as of January 2016 the subsidy (FIT) for small solar was cut by 70 per cent. The question now on everyone’s lips is ‘will solar survive?’

Personally I welcome this development, if not the way it was handled, but we are now on a more stable footing with far less outside influence in the form of the FIT.

To date the focus on solar has largely been all about the return – when will the system ‘break even’? Relatively little attention was paid to overall energy consumption and its use within the property. Post ‘FIT’, the viability of residential solar largely hinges on the ability to maximise self-consumption within the property.

For those of us who have a broader and more holistic interest in the ‘whole house’ approach, this opens up opportunities. We can now sit down with a potential client and discuss smart ways to both reduce energy consumption and maximise self-consumption. This may involve installing battery storage systems, which will store surplus energy generated during the day, making it available late afternoon and evening when consumption generally peaks.

Knowing what a property consumes will also help us design an appropriately sized system. There is little point now installing too large a system if most of the energy generated will end up being exported. Today the financial value in a system, is in being able to utilise the energy generated – either at the time of generation or at a later point in the day via storage.

One upside of the changes in January 2016 is that the Government removed the distinction between 0 – 4kWp and 4 – 10kWp systems. As the same FIT rate applies for systems in the 0 – 10kWp range there is no downside to installing 5kWp of the roof with a 4kW inverter. Yes, a little energy may be ‘clipped’ on a few days in the summer months when the system is generating in excess of 4kWp however, for the majority of the year, the additional yield will be valuable if battery storage has been incorporated. With just four additional panels a 20 per cent increase in yield can be obtained for less than 10 per cent additional cost.

So as we take our first steps in a post FIT world, despite much of the gloom that dominated press coverage at the time, we are quietly confident that, with solar having already been established as the nation’s favourite renewable energy source, we are now embarking on the next phase of a long term sustainable future for solar.