Spring 2015 Update on the Carbon Debate 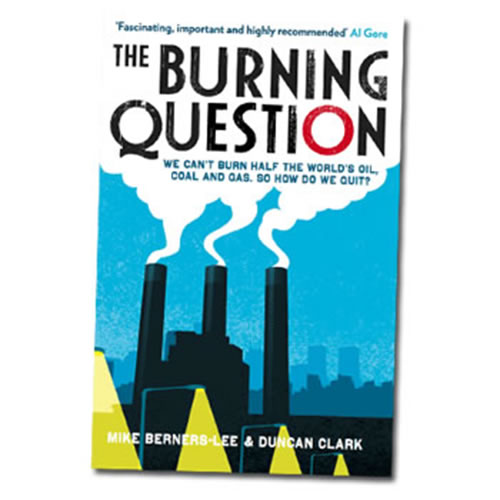 Lots in the press over the last 6 months, plus a couple of excellent books, highlighting the massive inconsistency between the politicians fudged consensus around keeping global temperature rises to 2 degrees (above pre industrial revolution levels), and the market capitalisation of the worlds major oil gas & coal businesses.

Whats the big deal you may ask ? Well the market capitalisation i.e the share prices, and hence any investments you may hold in financial services products (this includes pensions), of the worlds global coal, oil & gas companies, is based on these reserves being exploited. In other words, large chunks of the current value of BP, Shell, Total, ExxonMobil, (and your pension funds) etc etc needs to be written off if we are to stay within the 2 degree rise.

The complex issues surrounding this debate are probably some of the most significant facing politicians, business leaders and you today. If you want to know more about this subject an excellent place to start is the 2013 book ‘The Burning Question’ by Mike Berners-Lee (brother of Tim) and Duncan Clarke (ISBN 978 – 1781250457). Our pick of last month’s noteworthy announcements is as follows;

Church of England ( May 11th 2015) announced it will sell investments worth £12m in firms where more than 10% of revenue comes from extracting thermal coal or the production of oil from tar sands. The Church said it had a “moral responsibility” to act on environmental issues to protect the poor, who were the most vulnerable to climate change. The Church manages three investment funds worth about £8bn.

Unilever CEO Paul Polman (May 18th 2015) says in advance of a major business leaders meeting in Paris “If we don’t tackle climate change we won’t achieve economic growth,”. Polman has called on world leaders to raise their game in the battle against climate change saying governments must set clear CO2 targets to force low-carbon innovation.

“It’s clear that, increasingly, the business community is aware of the costs of climate change. Polman said Unilever had faced business costs €300m-to-€400 million (£216m-to-£316m) higher than normal due to extreme weather. Momentum is swinging towards people realising that we need to take urgent action to stay below two degrees [increase in global average temperature],” Mr Polman told BBC News.
US National Oceanic and Atmospheric Administration (Noaa) (May 10th 2015) announced that global CO2 concentrations have reached 400 parts per million (ppm) for the first time in 2 million years. To put this in context pre industrial revolution CO2 levels were approx. 280 ppm.

Tesla (1st May 2015) The electric car company Tesla has announced its entry into the energy market, unveiling a suite of low-cost solar batteries for homes, businesses and utilities, “the missing piece”, it said, in the transition to a sustainable energy world.

The batteries, launched in May at a Tesla facility in California by the company’s ambitious founder, Elon Musk, heralded the technology as “a fundamental transformation in how energy is delivered across the Earth”. The batteries will initially be manufactured at the electric car company’s factory in California, but will move production to its planned “gigafactory” in Nevada when it opens in 2017. The Nevada facility will be the largest producer of lithium-ion batteries in the world, and it is hoped its mass-production scale will help to bring down costs even further. More on this here.

Ali Al-Naimi’s (Saudi Arabia’s Oil Minister) ( May 21st 2015) “In Saudi Arabia, we recognise that eventually, one of these days, we’re not going to need fossil fuels,” said Naimi in Paris 21st May 2015. “I don’t know when – 2040, 2050 or thereafter, so we have embarked on a program to develop solar energy. Hopefully, one of these days, instead of exporting fossil fuels, we will be exporting gigawatts of electric power.”

Naimi also said he did not think that continuing low crude oil prices would make solar power uneconomic: “I believe solar will be even more economic than fossil fuels.”

The Global Warming Policy Foundation (GWPF) (May 18th 2015). In the interest of fairness we are pleased to report that Charles Moore, a former editor of The Daily Telegraph, has joined the Board of Trustees of Nigel Lawson’s GWPF. Nigel thinks 95% of the world’s scientific community are wrong. We think they will get on well.